Sometimes no amount of words will do a subject justice.

From Wikipedia
According to Esther and Jerry Hicks, Abraham is a group of entities that are “interpreted” by Esther Hicks. Abraham has described themselves as “a group consciousness from the non-physical dimension.” They have also said, “We are that which you are. You are the leading edge of that which we are. We are that which is at the heart of all religions.” Abraham has said through Esther that whenever one feels moments of great love, exhilaration, or pure joy, that is the energy of Source, and that is who Abraham “is”.

“Jerry and Esther never used the word channeling,” Abraham clarifies. “It is used when applied to them, but they have never used it, because it means many things of which they are not, you see.”

Esther herself calls Abraham “infinite intelligence,” and to Jerry they are “the purest form of love I’ve ever experienced.” Her teachings (referred to as Abraham–Hicks teachings) are based on this experience. The basic tenets of the teachings include that people create their own reality through their thoughts, that emotions are constantly guiding people toward where they want to go, that life is supposed to be fun and easy. The essence of Abraham–Hicks’ teachings since 1986 has been presented as follows: 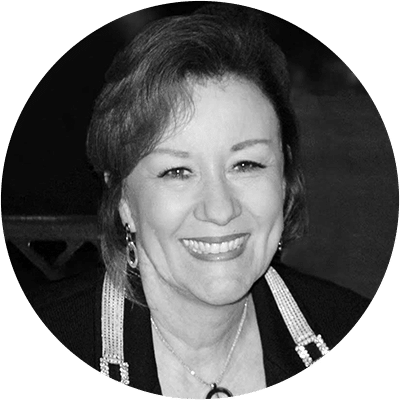 A large part of Hicks’ work centers around the Law of attraction, a concept written about in the early 1900s by William Walker Atkinson (1862–1932), in his book Thought Vibration or the Law of Attraction in the Thought World (1906).

We say check out Abraham for yourself. It’s the only way to go and the only way to know. If watching or listening or reading the words of Abraham feels good to you, then you’re in the right place. If they sound “off” to you, or maybe even a little bit annoying—adventure on!Esther and Jerry Hicks

Esther Hicks was a narrator and star of the original version of the film The Secret, as well as a central source of the film’s inspiration. The footage featuring Hicks was removed from the later “Extended Edition” after the film’s creator Rhonda Byrne, who has been involved in contractual disputes and litigation regarding the film, rescinded the original contract covering Hicks’ participation, and asked that Hicks relinquish her “intellectual property rights in these areas forever”.In an open letter posted on the internet, Hicks stated that she had been “uncomfortable with what felt to us like a rather aggressive marketing campaign,” and that ultimately Abraham gave her the following advice: “Whenever you are given an ultimatum that says, ‘if you don’t do this, then we will have to do such and such,’ it is best that you just let it go and move on. Otherwise there is always another, and this, and this, and this?” The letter doesn’t condemn Byrne, but clarifies why Hicks no longer appears in The Secret.

Hicks has since posted a video on YouTube further explaining her discomfort with The Secret and finally, her decision to discontinue involvement with the film.

Jerry Hicks asked Abraham if they could offer their version of the 10 Commandments. Abraham said, no, because they would not command anyone to do anything, however they added, “We have 10 good ideas!”